QUT Engineering Professor Mahen Mahendran has been awarded a quarter-of-a-million dollar grant from the Australian Research Council (ARC), to investigate the fire resistance of common pre-fabricated steel wall systems, with the project ultimately aiming to improve the safety of newly-constructed buildings.

Professor Mahendran said the project, in collaboration with the National Association of Steel-Framed Housing (NASH), would specifically examine the fire resistance levels of complex, high-strength Light Gauge Steel Framed (LSF) wall systems, which are being increasingly used in low and mid-rise buildings around the world.

“We are seeing plasterboard-lined LSF walls being used more and more, because they are a cost-effective load-bearing wall, but that has required new wall designs, which involve complex steel stud wall configurations. The real issue is that their fire resistance is not yet fully understood,” Professor Mahendran said.

“This project aims to investigate the thermal and structural behaviour of those wall systems when they are exposed to fire, and to also develop a generic model for predicting fire resistance levels of LSF wall systems,” he said.

While unrelated to the cladding issue that is currently in the spotlight, Professor Mahendran said he was pleased that this project would further increase awareness of fire-resistance levels and make important fire resistance data on LSF wall systems more accessible to the construction industry.

“We want to help make buildings as safe as possible and provide useful information to benefit not only the community, but also the Australian steel industry and the construction sector.

“This research will address one of the most significant current challenges for ensuring cost-effective but fire safe building construction worldwide. QUT’s research team is looking forward to working closely with NASH on this important project,” he said.

The project is planned to run until June 2021 and will include full scale fire tests at QUT’s Wind and Fire Lab and computer modelling on hundreds of potential wall system combinations.

In addition to the grant, the project is being supported by NASH with almost $100,000 in funding as well as in-kind support. 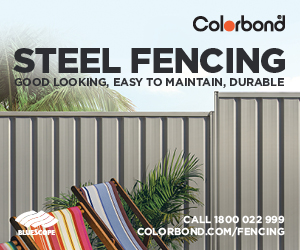 Showcasing the best in Australian building, renovating, decorating and outdoors.

The Property Council of Australia has warmly welco

"Affordability improved in most of Australia's cap

The Outdoor Room is a fundamental part of most new

Streamlining of the NSW planning system has enable

The findings of an independent report with recomme

The NSW Government has smashed the record for the

The Budget will boost confidence in the building a

370,000 small and medium building businesses will

The property industry is the biggest creator of jo

After more than a decade of leadership to help suc